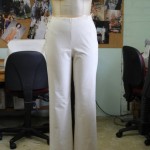 For the past 18 months I have been laboriously translating some German pattern drafting texts , as for many years I have always heard, or read discussion on the merits of this mathematical system of block pattern drafting. I first heard about this system about 25 years ago from a very experienced tailor who was of European descent. I had also seen a few magazines that highlight the system , but alas back then they were only published in German with no English translations. The German block drafting system is the fit system that many large fashion houses – Burda patterns, Marfy patterns and Escada – use as a base for their garments and subsequently their seasonal ranges.

When I was studying I was taught a version of the English block drafting system , very similar to the blocks published by Winifred Aldrich in her book ” Metric Pattern Cutting for Women’s Wear”. Although this method of block drafting gave fairly good results I was always on the “hunt” for a better fit system. I have taught this system as part of my classes in both Adult Education and University, and for the past 14 years of my own School at Designer Stitch. As part of the drafting process you can never expect that the block will be a great fit initially, as you have to consider the idiosyncrasies of the fit and stance of each person individual figure type. After each block was drafted by my students, certain areas or sections of the block had to be pin fitted ( or tweaked) by me for a better fit. Then the block would be adjusted according to the re-fit information that the “toile” would show (give ) us. This was never a huge problem but I wanted to investigate the German system  to compare their mathod of pattern engineering.

Given that I had a whole school of students that I could “experiment” on. I introduced my translation of the block drafting method to my pattern drafting classes to see what the results would be – and I couldn’t have been more surprised. Each student was measured according to the mathematical requirements of the block and then drafted either their bodice block, or pants block. They actually drafted both systems for comparison – The original English Block System, and my new translated German Block System.

So given the amazing outcomes I thought you may like to have a look at my comparison photos of the 2 different blocks that I drafted for my “Dolly” – she is my standard size 10 Australian with Bust = 90 cms – Waist = 70 cms – Hips = 96 cms. Please note that I have used EXACTLY the same measurements for each of the subsequent drafts. Also the same trouser width measure, but if you look at the photos you may assume that the width measure is different – but its not. It is how the mathematical draft converts the measures to give the fit. While my “dolly” is fairly standard- in subsequent posts over the next few months you will see these blocks on “live” people who have a great variance of body size and shape ( from size 6 to size 26 ).  While there will always be some need to fit certain parts of any block to the individual body, the German Block system is giving amazing results and doesn’t need as much fitting as what the English blocks have always needed.

Please read the post on Lisa B where I compare and contrast her pants block – English Pants block versus German Pants Block. Also see the photos of her finished wool crepe pleated pants that she developed from her German fit pant block. The first set of photos show the front view of each of the different block methods.The German block shows a much flatter fit in the front crotch area, less side seam bagginess, and a slimmer thigh region. The English pants block draft shows a much fuller front crotch area , side seam bagginess and fuller thigh. 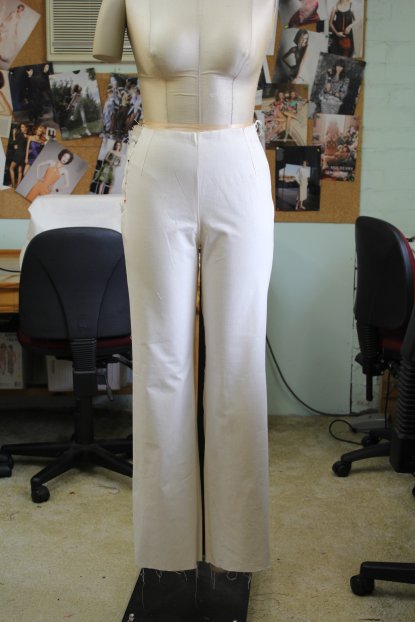 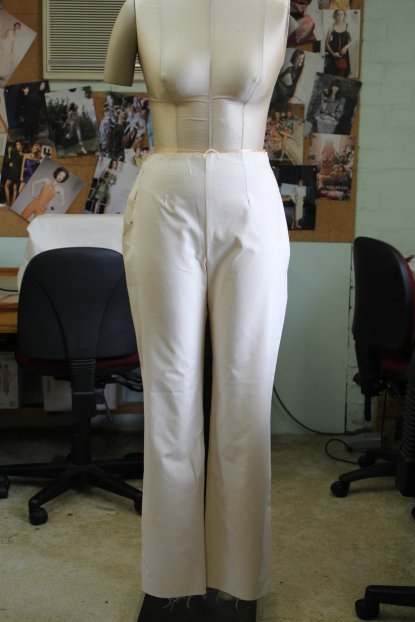 The following 2 photo’s show the back views of both the German Pants block draft and the English Pants block draft. The photo on the left is the back view of the German system.  It gives a much more fitted seat and less fullness underneath the buttock resulting in less bagginess beneath the seat. In contrast the English block gives a much fuller buttock and seat area resulting in great bagginess underneath the bottom. In the past I could easily pin fit this area out for my students and then alter the block but this is not necessary in the German fit. The English block also gives unnecessary side seam fullness. 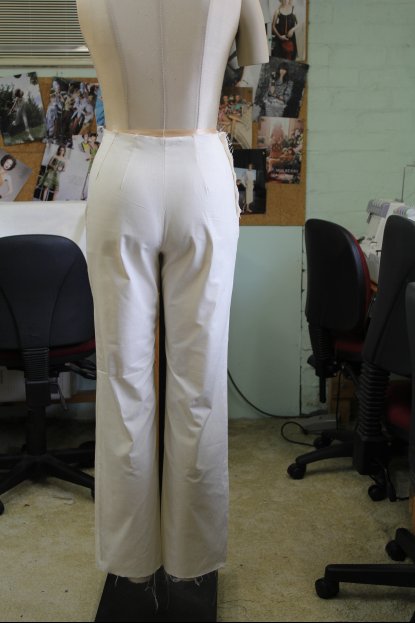 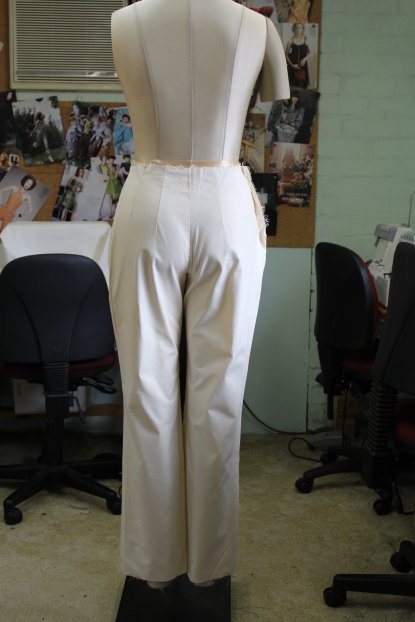 Back view of the English Pants Block

The next set of photo’s show the side views of the German and English pants block drafts. The German block is a slightly more tapered leg resulting in less bagginess whereas the English pants block is a fuller leg, and gives more bagginess around the upper thigh at the side seam. This also translates into a fuller front crotch area ( I call it the “ball region”), and the baggy under seat area. 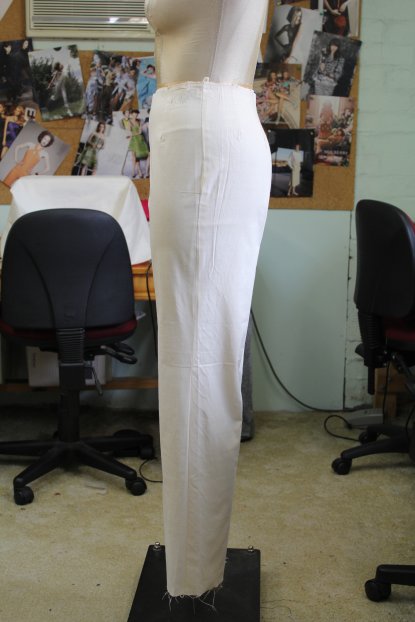 Left side view of the German Pants Block Draft 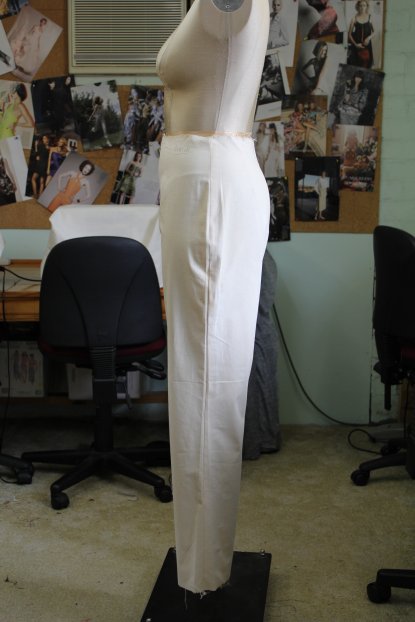 Left side view of the English Pants Block Draft 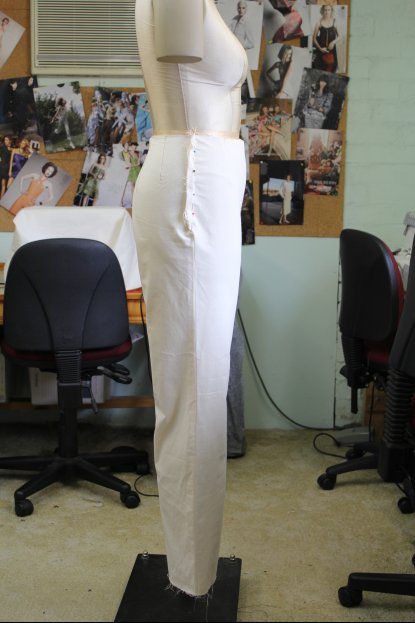 Right side view of the German Pants Block Draft 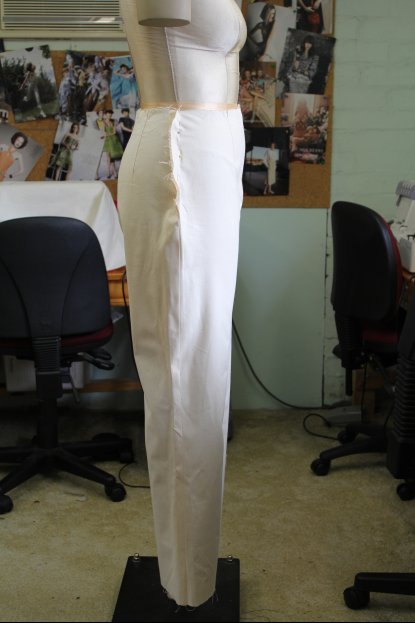 Right side view of the English Pants Block Draft

The last set of photos is a closer view of the back of both the German Pants block and the English Pants block draft. The German block has a much more fitted seat, whereas the English one has a fuller seat area, side seams that need to be taken in, and a great deal of bagginess under seat and centre back thigh that also needs to be tapered out. 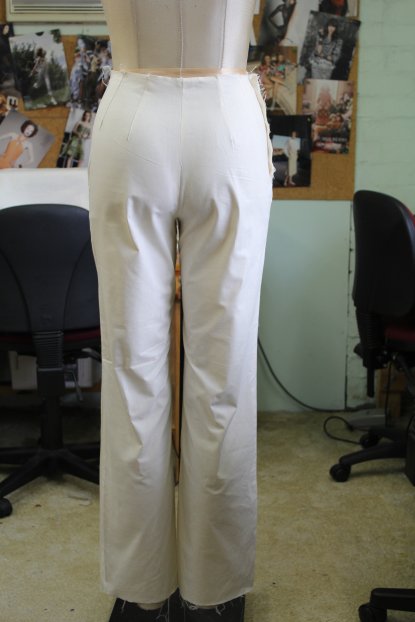 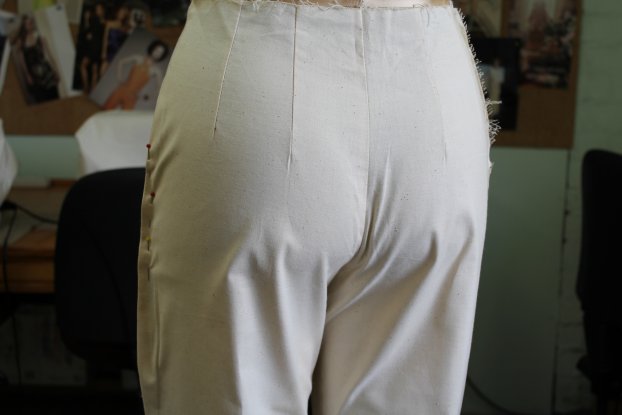 Close up view of the English Pants Block

I hope that you have learnt something new by reading this compare and contrast of the 2 different pattern drafting systems.

Cheerio and Good luck to you all. Ann from Designer Stitch School of Fashion and Design.

11 thoughts on “The Pants Block Draft – German Versus English Pattern Drafting Systems – straight out of the box !!!!” 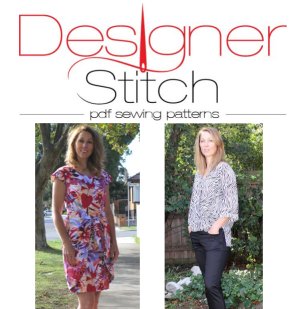 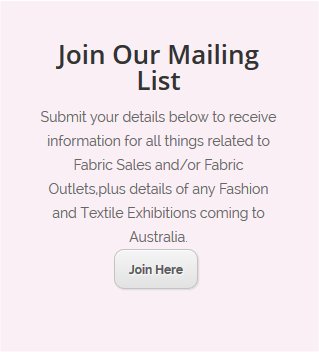